It’s that time of year again, time to get the travel trailer ready for trips. That also means it’s time for Murphy and his law to toss some travel trailer trials and tribulations at us….

It all started so innocently, Dearest Hubby and his family went camping and hiking in Colorado every summer with a little pop-up camper.   After our family stayed in a cabin and hiked the same trails, DH thought it would be nice to get our own camper and be able to stay closer to the trail heads.  I agreed but only if our camper had hard sides (for at least the illusion of security against two-legged predators) and a real bathroom with real walls ( I wanted to get closer with the family camping but not that close). DH wanted something easy to pull and easy to park.  We saw Trailmanors at an RV show and they looked perfect.  We bought a 3124KB.  It tows like a dream at only 24 ft closed and opens to 31 ft; sleeps all six of us with a king bed in back, queen in front, a sofa that pulls out into a bed, and a second sofa that converts to a bed; has a kitchen; and a real bathroom. 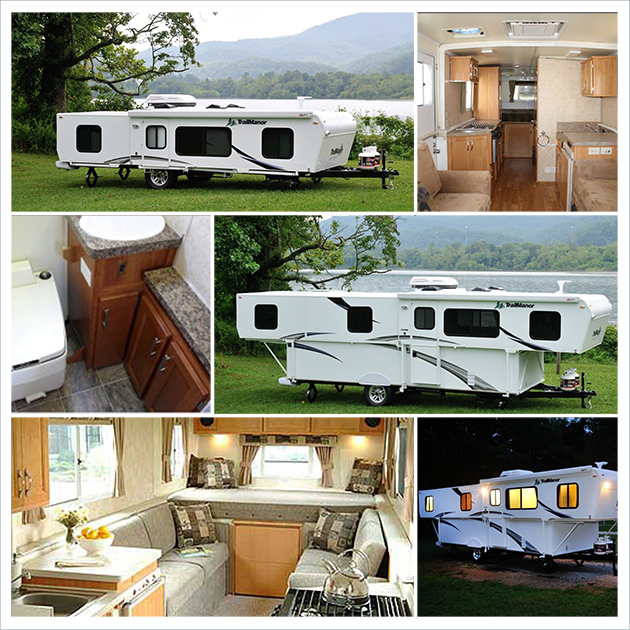 Pretty nifty, right?  It has been a great introduction into camping and traveling with a camper.  We have had a few trials with it.  Learning to backup and park it has been a hoot!  Like all ultra-light trailers it has required its share of maintenance, but that is to be expected.  What came as the biggest surprise and lesson in Murphy’s law was our last trip.  On our trip to Canada we went through Wyoming on what had to be the bumpiest, roughest road in the US.  When we opened the camper we found the road had been sooo bumpy that it had bounced the microwave right out of its spot, breaking its metal retaining straps.  OK, not a big deal as I don’t cook on vacations.  I mean vacations are for relaxing, right?  We just shuffled the microwave between the counter and the floor as we popped the camper up and down and enjoyed our trip.  On the way home Murphy struck again.  We had not one but two tires blow out on a long, hot highway in the middle of Nowhere, Nebraska.  Fortunately, we barely felt it in the truck and were able to control the rig easily and pull off to the side of the highway.  Unfortunately, the whipping tire sheared off our plumbing connections.  Bummer, but easy to fix once we got home and at least the valves were all intact. 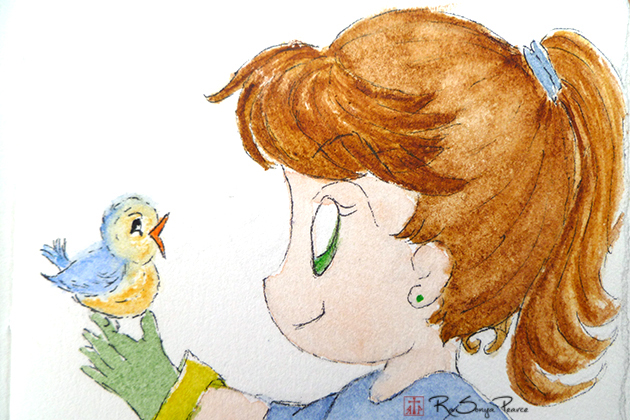 Betcha can’t guess what our ongoing, yearly trial with the trailer is.  For the past three years, no matter what we try,  birds have decided to nest in the storage compartment of the bumper.  Last year when DH opened the bumper it was like a scene from a Hitchcock movie with panicked birds zooming past him as they fled their nest in the bumper.  DH filled the corners and drain holes with expanding foam to keep them out.  We weren’t surprised to hear chirping coming from the bumper when we started getting the trailer ready for travel this year.  When DH opened the bumper (carefully and sloooowly) he discovered two nests complete with baby birdies, one on either side of the bumper.  Awww! 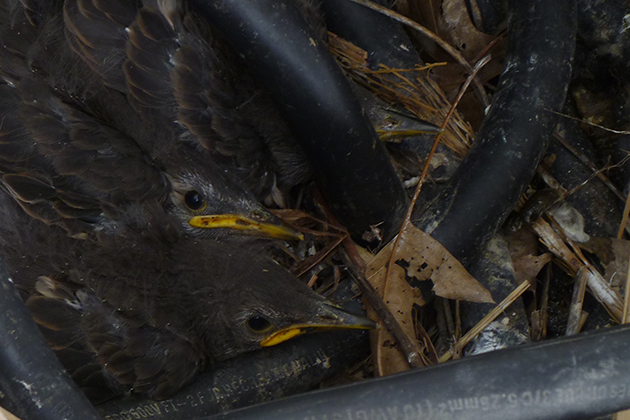 Cute, but we couldn’t travel with them tucked into the bumper.  The birdies had to go.  Since they weren’t flying out I thought their chances for surviving moving their nests and after was pretty slim.  R3 was determined to save all her babies and insisted on being the one who moved them.  Armed with a large trowel and thick rubber gloves she began to gently scoop them out.  Well, the birds were older than we thought and most took flight out of the bumper as soon as she began.  The rest waited until she scooped them out and then launched themselves off the trowel and into the air.  Yay!!!!  After scrubbing and Lysoling everything, we sealed the drain holes in the bumper with steel wool this time and hopefully won’t have to deal with birds next year.

Yes, having a travel trailer comes with a unique set of challenges, but it is worth it.  We can get close to trail heads, stay in pretty campgrounds, and we don’t have to lug suitcases and pack/unpack in hotels.  More importantly, we make memories sitting around campfires eating s’mores and playing card games together around the table until late at night.  Much better than staring at the tv in a hotel room or cabin. 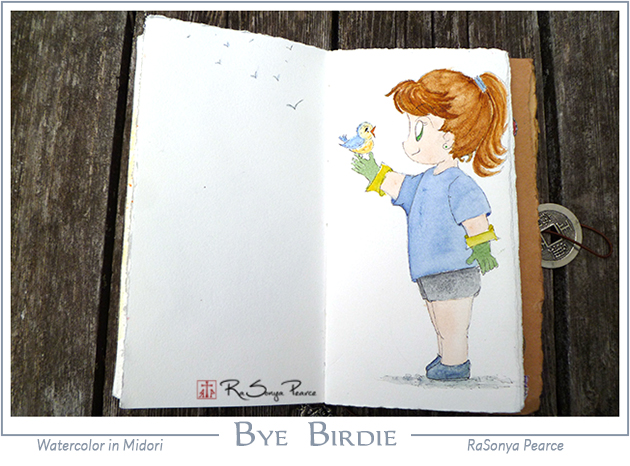 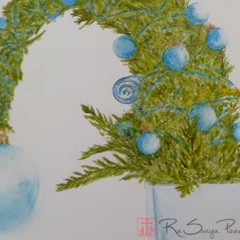 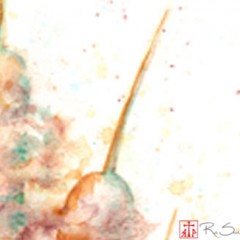 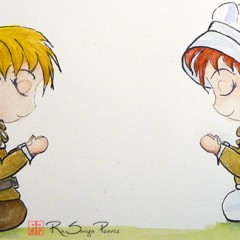